With today’s acquisition, Crash Bandicoot will become an Xbox mascotte, and many other franchises will join the list.

If you haven’t figured it out, Microsoft made the deal of the year by acquiring Activision Blizzard, and earning Crash Bandicoot as a new mascot in the meantime. The historic character who has become the icon of the PlayStation era, who for the record has also been appearing on other consoles for some time, is part of the many Activision Blizzard franchises.

Among which there are, to reiterate the obvious, also the famous Blizzard brands including Overwatch, which recently was at the center of a rather thorny controversy that also involved LEGO. In the large catalog of the conglomerate there are also some real blockbusters such as Call of Duty, which will be interesting to see how they will be treated at the level of publication on other consoles.

As we said, Activision Blizzard is a company that owns many video game franchises, among the most important in the history of the medium, and it is shocking to think about how many of these are now owned by Microsoft.

The Redmond house inevitably rocked the market, with a nearly $ 70 billion acquisition that is unprecedented in video game history. Two of the largest companies in the world of gaming will be one, between now and June 2023 when it is estimated that the acquisition process will be complete legally, and Microsoft will also add all the Activision Blizzard brands to its studies.

What exactly are the franchises that will enter the catalog and will join all the first party studios and Bethesda, just to give an example? Here is the complete list, compiled by the colleagues at Gamespot: Activision

As you can see, a list to make your head spin. Who knows if Microsoft will also take advantage of it to revive still franchises, such as Guitar Hero. King’s collective franchise is also very important, which has some of the strongest brands on the mobile market on its side, in which Microsoft is now joining the best exponents.

If, perhaps, titles like Call of Duty continue to come out on PlayStation, certainly many of these will be included within the Xbox Game Pass. Microsoft, to date, has stated that it will make different decisions depending on the franchise, although of course it will want to keep exclusives for the Xbox platform.

Now it remains to be seen what will become of Bobby Kotick, the controversial CEO of Activision Blizzard, whose post-acquisition fate is still unclear. 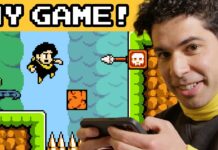 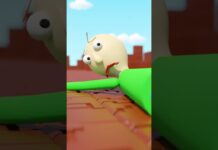 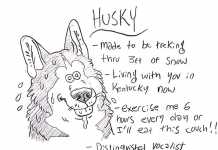 We use cookies on our website to give you the most relevant experience by remembering your preferences and repeat visits. By clicking “Accept”, you consent to the use of ALL the cookies.
Do not sell my personal information.
Cookie SettingsAccept
Manage consent

This website uses cookies to improve your experience while you navigate through the website. Out of these, the cookies that are categorized as necessary are stored on your browser as they are essential for the working of basic functionalities of the website. We also use third-party cookies that help us analyze and understand how you use this website. These cookies will be stored in your browser only with your consent. You also have the option to opt-out of these cookies. But opting out of some of these cookies may affect your browsing experience.
Necessary Always Enabled
Necessary cookies are absolutely essential for the website to function properly. These cookies ensure basic functionalities and security features of the website, anonymously.
Functional
Functional cookies help to perform certain functionalities like sharing the content of the website on social media platforms, collect feedbacks, and other third-party features.
Performance
Performance cookies are used to understand and analyze the key performance indexes of the website which helps in delivering a better user experience for the visitors.
Analytics
Analytical cookies are used to understand how visitors interact with the website. These cookies help provide information on metrics the number of visitors, bounce rate, traffic source, etc.
Advertisement
Advertisement cookies are used to provide visitors with relevant ads and marketing campaigns. These cookies track visitors across websites and collect information to provide customized ads.
Others
Other uncategorized cookies are those that are being analyzed and have not been classified into a category as yet.
SAVE & ACCEPT
MORE STORIES

How Mac Studio is made #shorts